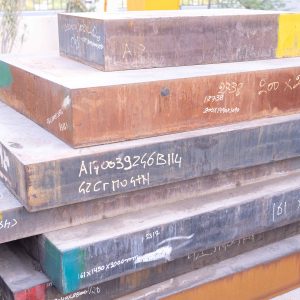 42CRM04 QENCHED & TEMPERED
Back to products
Next product 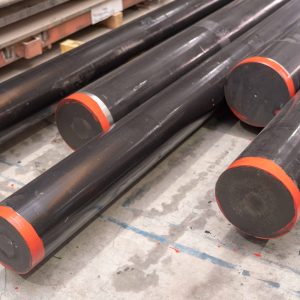 EN24 EN24T flat bar and round bar steel stockholders and suppliers, delivering to the whole of the Middle East. This grade is a nickel chromium molybdenum specification usually supplied hardened and tempered as EN24T or EN24U. EN24T steel is readily machineable and combines a good high tensile steel strength with shock resistance, ductility and wear resistance. It is a widely used engineering steel with a tensile strength of 850/1000 N/mm². It has reasonably good impact properties at low temperatures, whilst it is also suitable for a variety of elevated temperature applications. Flame or induction hardening of EN24T can give a case hardness of 50 HRc or higher.

EN9 carbon steel is available with a cast and analysis certificate or a BS EN 10204 3.1 mill certificate, please request when placing any orders.

Supreme Steel are stockholders and suppliers of EN24T flat, round and plate – squares, flats and diameters can be sawn cut to your required sizes. Diameters in EN24T are available bright drawn and black hot rolled. EN24T can be sawn to your required lengths as one offs or multiple cut pieces.

Contact our experienced sales team who will assist you with your EN24 alloy steel enquiry.

EN24 was originally introduced for use in the motor vehicle and machine tool industries for gears, pinions, shafts, spindles and the like. Later its applications became much more extended. Suitable to produce parts for such as locomotives, cranes, rolling mills, coal cutting machinery etc. where good strength and fatigue resistance is called for. Other applications for EN24 and EN24QT are found in die casting and hot metal working, such as die bolsters, racks and pinions, angle pins for pressure die casting, hot stamping dies for aluminium stamping, die beds for steel stamping, lower temperature nut, bolt and rivet heading dies, large section drop forging dies. It is widely used in the plastic and rubber molding industries for molds (particularly rubber molds), hob retaining rings, patens, retaining rings for built up molds, stop pins for molds. For molds EN24 is normally supplies hardened and tempered to ‘T’ condition. If a higher hardness is desired EN24T should be annealed and then heat treated to the required hardness. 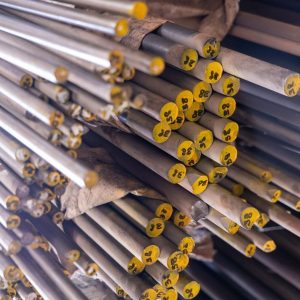 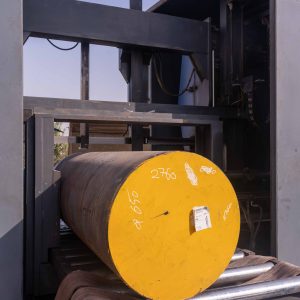 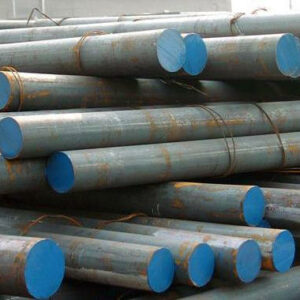